Reading Material for the Covid 19 Lockdown

With everyone confined to their homes for the foreseeable future this offers the perfect time to catch up on some reading material, below I’ve included a shortlist of some Business books which I’ve found interesting over the years, hope you enjoy them.

Start with Why- Simon Sinek 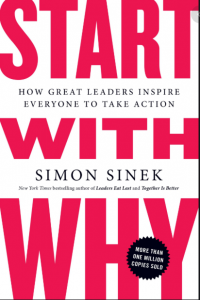 START WITH WHY shows that the leaders who’ve had the greatest influence in the world all think, act, and communicate the same way — and it’s the opposite of what everyone else does. Sinek calls this powerful idea The Golden Circle, at the centre of the Golden circle is your WHY!!.

Most people can easily communicate What they do and How they do it, but generaly the great leaders can tell you WHY they do something.

Here are 3 lessons you should take away from Start With Why: 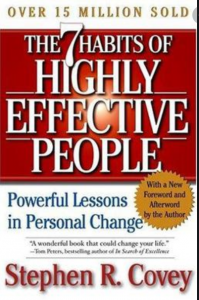 This book was first published over 30 years ago and is still considered one of the best ‘Personal Development’ Books ever written.

Its framework for personal effectiveness is based on the principles of fairness, integrity, honesty and human dignity. Covey believe that in order to be a truly effective person, you need to learn to solve personal and professional problems with a integrated and principle-centred approach.

How to Win Friends and Influence People – Dale Carnegie

Despite being published in 1936, this is a timeless classic that offers great advice that is still relevant today. It has sold over 45 million copies around the world since it was first published. One of the fundamental keys to business and sales is the ability to network and build relationships. This bestselling business book promises to instil the communication and persuasion skills it takes to succeed.

Nudge theory initially emerged in the early 2000s as a radical approach subtly  influencing people’s interaction with financial systems, notably pensions, savings and healthcare – so as to improve quality of later life.

After reading this book Barak Obama formed the Social and Behavioral Sciences Team (SBST) in 2015, however the UK overnment had been operating a “Nudge” unit since 2010 to help them shape government policy.

After reading this book you’ll become aware of how we are constantly being subtly “nudged” each day into making decisions which we believe were making of our own free will.

Although its not technically a Business book its often cited by leading Business People as one of the best books they’ve read. The All Blacks, New Zealand national rugby team, are the most successful professional sports franchise in history, undefeated in over 75% of their international matches over the last 100 years. Legacy dives deep to uncover what is needed in developing an extraordinary high-performance culture and how to maintain it over time. What do we — as individuals, companies, and teams — learn from them? How

do you achieve world-class standards, day after day, week after week, year after year? How do you handle the pressure? What do you leave behind you after you’re gone?

Another Book from the fascinating area of Behavioural Economics. The sub title of the book says it all “simple ways to stop doing dumb things with money”. Stop l;etting emotion get in the way of making smart financial decisions.

This book will help you to avoid the tendency to buy high and sell low; quit spending money and time on things that don’t matter; identify your real financial goals; start meaningful conversations about money; simplify your financial life; stop losing money!

Please fill out the form below and we will call you back.
Name required!
Email required!
Phone required!
Message required!
From required!
To required!

Any cookies that may not be particularly necessary for the website to function and is used specifically to collect user personal data via analytics, ads, other embedded contents are termed as non-necessary cookies. It is mandatory to procure user consent prior to running these cookies on your website.